Britain’s energy crunch has a clear and immediate cause – namely, a sudden surge in international gas prices. But the underlying problems exposed by what is now a serious crisis-in-the-making have been building up for years.

The UK’s combined choices, over decades in fact, regarding energy market design, price controls, gas-led power generation and the push for renewables have this week been shown to be sorely lacking.

Successive governments have sought reliable and affordable domestic and commercial energy supplies, while wanting to lower emissions. The tension between those objectives has now been laid bare by spiralling gas prices.

The price of wholesale gas over recent years has averaged around 50p per therm. Yet since early 2021, soaring post-lockdown demand and sluggish supplies have seen prices skyrocket over 400pc. But so far, at least, price caps have, for the most part, kept customers’ utility bill increases in check.

The mismatch between soaring costs and flat revenues means numerous energy companies are now folding – particularly those who bet the wrong way, not using forward markets to hedge against dearer gas. Until recently, there were around 50 UK retail energy suppliers. By the end of this crisis, there could be as few as 10.

Several times last week, Business Secretary Kwasi Kwarteng insisted the Britain won’t, as the nights draw in and temperatures drops, face 1970s style power cuts. There is “absolutely no question of the lights going out,” he said. A former Energy Minister, Kwarteng has a good knowledge of the industry and the UK’s broader energy complex. But one hopes – and not only for his sake – these words don’t come back to bite. 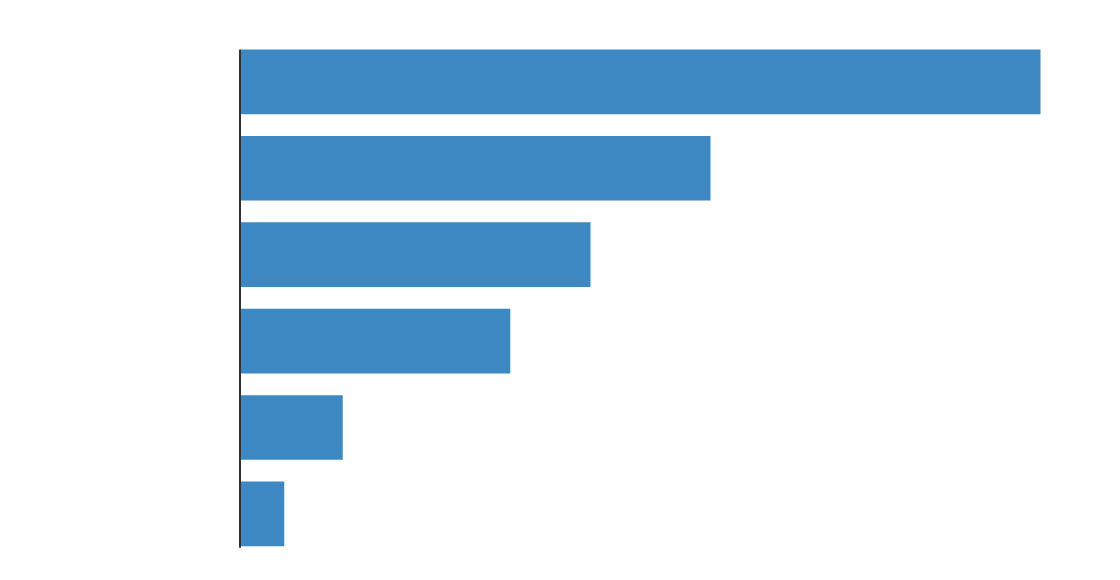 While the UK still relies on gas for around 40pc of our electricity generation, we have scant gas storage capacity. Since the closure of the Rough facility off the Yorkshire coast in 2017, we’ve operated a “just in time” approach to gas procurement – effectively relying on Germany, the Netherlands and other nations for our storage needs.

Around half our gas supply is domestically produced, with another fifth pumped via the Langeled pipeline from Norway – seen as an ultra-reliable source. But if a harsh winter and supply crunch causes blackouts and stoppages in mainland Europe, Britain’s reliance on cross-channel interconnectors will become all too apparent.

Certain geopolitical pressure should be considered on top of that. Around two-fifths of Western Europe’s gas comes from Russia – at a time when Moscow wants European Union approval for the Nord Stream 2 pipeline bringing Russian gas to the EU via the Baltic Sea rather than Ukraine. And it’s less than a year since President Emmanuel Macron threatened Britain with an energy embargo if he didn’t get his way over some aspect of new UK-EU fishing arrangements.

With the European mainland itself seriously vulnerable to gas-market disruption, UK gas storage capacity is vital. Yet we now have less than 10 terawatt hours of stored reserves, compared to 75 in the Netherlands, 113 in France, 148 in Germany and 166 in Italy.

Renewables account for around 20-25pc of UK electricity production – but are intermittent, subject to weather vagaries. Given all that, despite Kwarteng’s assurances, we can’t be sure outages will be entirely avoided.

What’s clear is that some combination of a higher retail price cap – more expensive bills for households – and/or government bailouts of energy firms is now in the offing. This energy crunch is also most definitely refocusing attention on atomic energy – not as a source of immediate relief, but as part of a solution to achieving broader energy security.

The UK has around 10 operational nuclear power stations, generating almost a fifth of our electricity. Most of them are run by EDF, majority-owned by the French government – yet another reason Macron’s embargo threats are absurd.

Back in 2018, the Government’s National Infrastructure Commission suggested just one more major nuclear facility should be built beyond the new plant EDF is building at Hinkley Point in Somerset ­– even though all the UK’s existing operational plants are due to be decommissioned by 2035.

This time last year, Hitachi walked away from plans to build a plant in Anglesey, citing the “severe” investment environment created by Covid. This followed Toshiba abandoning plans for a new nuclear facility in Cumbria in 2018. On top of this, when Boris Johnson outlined his 10-point plan for a green industrial revolution in November, he didn’t even mention large-scale nuclear reactors.

While some environmental purists shun atomic energy, the industry’s hugely improved safety record means nuclear can make a major contribution to decarbonisation – “filling the renewables gap when the when the wind doesn’t blow”. Wind power, while accounting for almost a quarter of UK electricity last year, remains expensive, as well as unreliable.

Britain pioneered domestic nuclear energy – when the Calder Hall plant opened in 1956. By the mid-1960s, more nuclear power was generated here than the whole of the rest of the world put together. Since then, we seem to have lost our atomic expertise, relying not just on EDF, but nuclear operators from the US, Japan and elsewhere. This must now change.

Since this energy crisis intensified last week, it has emerged the UK government is in talks with America’s Westinghouse to build the planned large-scale reactor on Anglesey. Any deal, ahead of November’s Cop26 climate change conference, would be presented as part of efforts to reduce the UK’s carbon emissions to net zero by 2050.

Such a plant could become operational in the mid-2030s and generate power for 6m of the UK’s 30m or so homes.

One downside is that a Westinghouse deal could scupper the Welsh government’s plans to use the same Anglesey site to house a small-scale nuclear reactor designed by Rolls-Royce. Such small modular facilities have yet to be approved by Britain’s regulatory authorities. But this looming winter energy scare, even if Kwarteng is right and “the lights stay on”, should surely provide a spur to speed up such approval.

Sites should also be found for more of the Rolls-Royce modular plants – as part of a broader effort to re-establish Britain’s domestic nuclear expertise, as we take vital steps to enhance our energy security.

The Executive Secretary of Kaduna State Aids Control Agency (KADSACA), Dr Isa Baka has said a survey had revealed that one out of 100 people is positive to the AIDS disease in the state.

Baka disclosed this speaking shortly after a walk in commemoration of the World AIDS Day, on Thursday in Kaduna.

The theme of the year’s’ World AIDS Day is “Equalise to End AIDS: Equal Access to Treatment and Prevention Services’’.

He said the present statistics was a remarkable development against previous survey which gave 11 of every 100 people in the state.

Baka added that the AIDS prevalence in Kaduna, which is at 1.1, being a survey carried out by the state government itself, was later done at the national level, where that of Kaduna was confirmed as very accurate.

He said as part of efforts to continue reducing the prevalence of AIDS in the state, government initiated programmes across the 23 LGAs.

He said one of the UNICEF anchored programmes, which is the ‘Adolescent and Youths Living With HIV and AIDS’ programme, was present and effective in at least, 18 LGAs and 24 sites in the state.

Malawi has commenced large-scale vaccination of children against malaria.

This is the first large-scale malaria vaccination campaign since the World Health Organisation (WHO) endorsed the widespread use of the RTS,S/AS01 (RTS,S) malaria vaccine in October 2021.

The endorsement followed a two-year vaccination programme, which involved more than 800,000 children in Ghana, Kenya and Malawi.

Recommended for children from five months of age to around 18 months, the vaccine  has an efficacy of 39 percent.

The first phase of the vaccination in Malawi is expected to cover 11 of the country’s 28 districts.

In a tweet on Tuesday, the WHO in Malawi said the expansion of access to the malaria vaccine will enable more children at risk of malaria to benefit from an additional prevention tool.

“Malawi has expanded access to the first malaria vaccine! The expansion of the RTS,S Malaria vaccine, into the 11 districts that participated in the malaria vaccine implementation program (MVIP) has been launched today. The vaccine offers a glimmer hope for Malawi,” WHO wrote.

Michael Kayange, Malawi’s national malaria control programme manager, told the BBC’s Focus on Africa that although the vaccine has low efficacy, “in malaria control, there is no single intervention that does it all”.

The National Primary Health Care Development Agency (NPHCDA) has disclosed that Nigeria is yet to achieve 70 percent coverage for COVID-19 vaccination.

Faisal Shuaib, executive director of NPHCDA, said on Tuesday that as of November 25, a total of 56,790,371 eligible persons targeted for COVID-19 vaccination are fully vaccinated while 12,492,646 are partially vaccinated in 36 states and the FCT.

“We are 21.6 million eligible persons away from reaching its target of fully vaccinating 70 percent of its eligible population by December 2022,” he said.

“But 62 percent of the country’s eligible population is at least partially vaccinated against COVID-19.

“The country has fully vaccinated half of the total population eligible for COVID-19 vaccination.

“We have also fully vaccinated an additional over 25 percent of its eligible population, in the last 110 days of SCALES 3.0 implementation.”

The executive director said 13.2 percent of fully vaccinated persons in the country have received the COVID-19 booster dose for additional protection against the virus.

He commended the COVID-19 strategy group for achieving 50 percent vaccination coverage in the country and promised that the momentum would be sustained.

Shuaib said he has also directed the team to intensify efforts toward the attainment of herd immunity.

“Until this is achieved, the strategy group will continue to develop strategies that will help the country achieve health security,” he said.