Long before Columbus crossed the Atlantic, eight timber-framed buildings covered in sod stood on a terrace above a peat bog and stream at the northern tip of Canada’s island of Newfoundland, evidence that the Vikings had reached the New World first.

But precisely when the Vikings journeyed to establish the L’Anse aux Meadows settlement had remained unclear – until now.

A new type of dating technique using a long-ago solar storm as a reference point has revealed that the settlement was occupied in AD1021, exactly a millennium ago and 471 years before the first voyage of Columbus. The technique was used on three pieces of wood cut for the settlement, all pointing to the same year.

The Viking voyage represents multiple milestones for humankind. The settlement offers the earliest-known evidence of a transatlantic crossing. It also marks the place where the globe was finally encircled by humans, who thousands of years earlier had trekked into North America over a land bridge that once connected Siberia to Alaska.

“Much kudos should go to these northern Europeans for being the first human society to traverse the Atlantic,” said geoscientist Michael Dee of the University of Groningen in the Netherlands, who led the study published on Wednesday in the journal Nature.

The Vikings ventured through Europe, sometimes colonizing and other times trading or raiding. They possessed extraordinary boat-building and navigation skills and established settlements on Iceland and Greenland.

“I think it is fair to describe the trip as both a voyage of discovery and a search for new sources of raw materials,” Dee said. “Many archaeologists believe the principal motivation for them seeking out these new territories was to uncover new sources of timber, in particular. It is generally believed they left from Greenland, where wood suitable for construction is extremely rare.“

The Viking Age is traditionally defined as AD 793 to 1066, presenting a wide range for the timing of the transatlantic crossing. Ordinary radiocarbon dating – determining the age of organic materials by measuring their content of a particular radioactive isotope of carbon – proved too imprecise to date L’Anse aux Meadows, which was discovered in 1960, although there was a general belief it was the 11th century.

The new dating method relies on the fact that solar storms produce a distinctive radiocarbon signal in a tree’s annual growth rings. It was known there was a significant solar storm – a burst of high-energy cosmic rays from the sun – in AD992.

In all three pieces of wood examined, from three different trees, 29 growth rings were formed after the one that bore evidence of the solar storm, meaning the wood was cut in 1021, said the University of Groningen archaeologist Margot Kuitems, the study’s first author.

It was not local indigenous people who cut the wood because there is evidence of metal blades, which they did not possess, Dee said.

The length of the occupation remains unclear, though it may have been a decade or less, and perhaps 100 Norse people were present at any given time, Dee said. Their structures resembled Norse buildings on Greenland and Iceland.

Oral histories called the Icelandic sagas depict a Viking presence in the Americas. Written down centuries later, they describe a leader named Leif Erikson and a settlement called Vinland, as well as violent and peaceful interactions with the local peoples, including capturing enslaved people.

The 1021 date roughly corresponds to the saga accounts, Dee said, adding: “Thus it begs the question, how much of the rest of the saga adventures are true?”

The House of Representatives on Wednesday resolved to set up an ad-hoc committee to investigate the petroleum products subsidy regime from 2017 to 2021.

The resolution followed a motion by Honourable Sergius Ogun who stated that component costs in the petroleum products subsidy value chain claimed by the Nigerian National Petroleum Corporation (NNPC) is highly over-bloated while the transfer pump price per litre, used by the NNPC in relation to Petroleum Pipeline Marketing Company (PPMC), is underquoted.

The lawmaker described this as fraudulent while also expressing worry that the subsidy regime has been used by the NNPC and other critical stakeholders to subvert the nation’s crude oil revenue to the tune of over $10 billion.

The committee is to report back to the House within eight weeks for further legislative action.

Wednesday’s move by the lawmaker came on the same day that the Chief Executive Officer (CEO) Mele Kyari ruled out the possibility of a subsidy for diesel.

He made the comments while appearing before the House of Representatives Committee on Downstream, alongside the CEO of Nigerian Midstream and Downstream Petroleum Regulatory Authority (NMDPRA), Farouk Ahmed, among others.

“In our country today, we do not produce AGO and we regret that our refineries are not working,” he said. “Are we doing anything about it? Yes. I have heard the honourable members lamenting; yes, they (the refineries) are not working.

“They will not! You cannot start it tomorrow. We regret this; we regret this situation, and we are doing everything possible. As a matter of fact, we have decided to do a quick fix for the Warri refinery. The reason is very simple: we don’t even want to go the long route of doing comprehensive turnaround maintenance because we are concerned.” 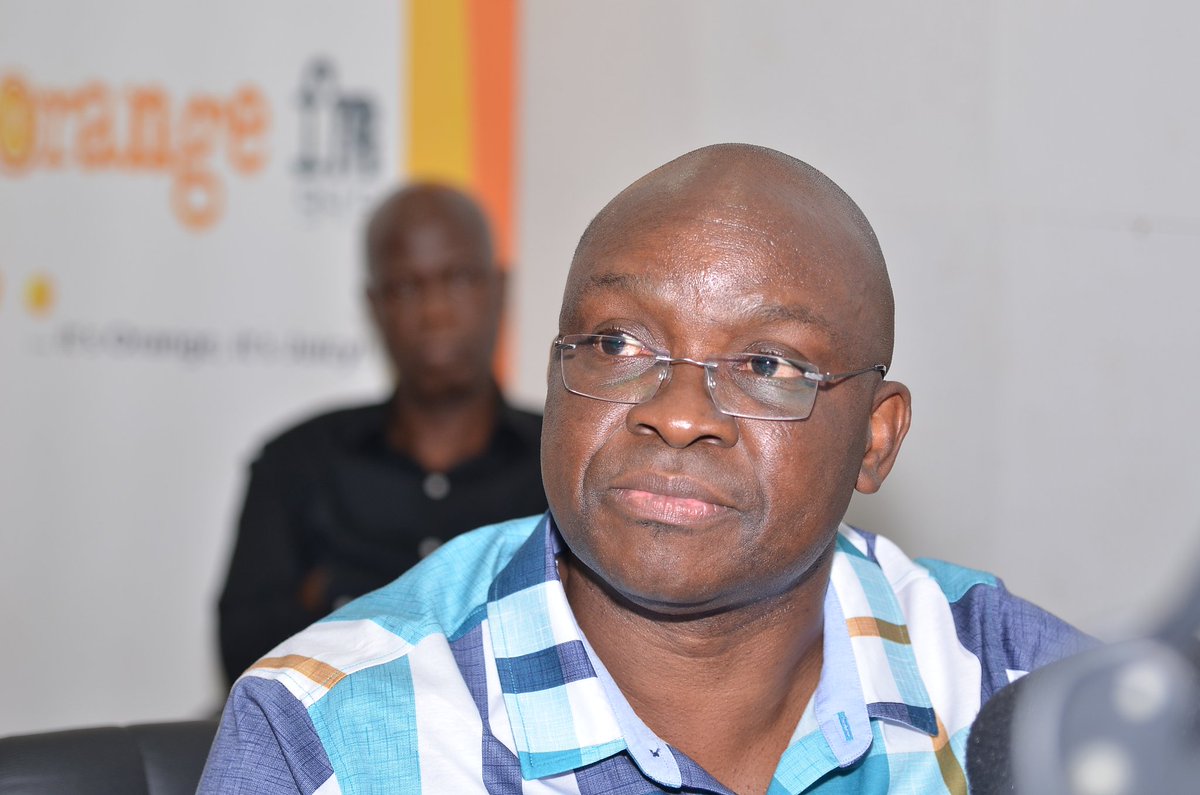 A former governor of Ekiti State Ayodele Fayose has insisted that the southern part of Nigeria must produce the country’s president in 2023.

Fayose, a two-time governor under the Peoples Democratic Party (PDP), said this in a series of tweets on his official handle on Wednesday, pinning his argument on the party’s constitution.

“The PDP Constitution provides for a rotational Presidency. Section 3(c) provides that the Party shall pursue its aims & objectives by “adhering to the policy of the rotation & zoning of Party & Public elective offices in pursuance of the principle of equity, justice, and fairness’,” Fayose maintained.

“The current President of Nigeria is a 2-term Northern Presidency, thus implying that it MUST be a Southern Presidency in 2023 or NOTHING. Awa ‘South’ lo kan’. Nigerians should await details soon.”

Fayose, who contested the PDP presidential primary, lost out to former Vice President Atiku Abukar in the exercise held earlier this month.

He has been one of the strong advocates for a power shift to southern Nigeria despite the party Atiku from the northern region, as the party’s flagbearer.

Governor Nyesom Wike of Rivers State, who also lost in the exercise, had campaigned, among others, based on a power shift to the south.

The ruling All Progressives Congress (APC), however, is fielding a southerner – Bola Tinubu – as its presidential candidate to honour the power-sharing deal called zoning between the north and south. 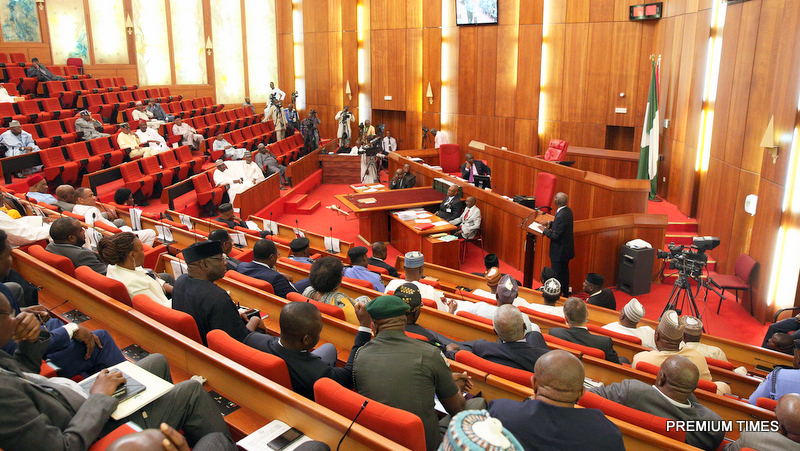 The upper legislative chamber confirmed the nominees on Wednesday after they were screened by the “committee of the whole” chaired by Senate President Ahmad Lawan.

The ministers-designate will replace those who resigned to pursue political bids.

Rotimi Amaechi, Ogbonnaya Onu, Godswill Akpabio and Emeka Nwajiuba are some of the ministers who resigned to pursue presidential bids.

During screening, Ikoh said as a way of tackling employment in the country, “technical” graduates can be job creators.

On his part, Umana said the country could boost its foreign exchange earnings with its free trade zones.

“On the issue of how to boost foreign exchange, I want to say that even the free zones platform is a veritable platform for this,” he said.

“The free zone is a platform that can drive production because when you produce for export, you earn foreign exchange.”

Nakama said the federal government must be ready to make some compromise to end the strike by the Academic Staff Union of Universities (ASUU).

“On tackling the issue of ASUU, my answer is that there will be leave of compromise. Government and ASUU will have to come to a compromise and through this, we will able to solve these incessant strikes once and for all,” he said.

The remaining four nominees were asked to “take a bow and go” on the grounds of their experience.